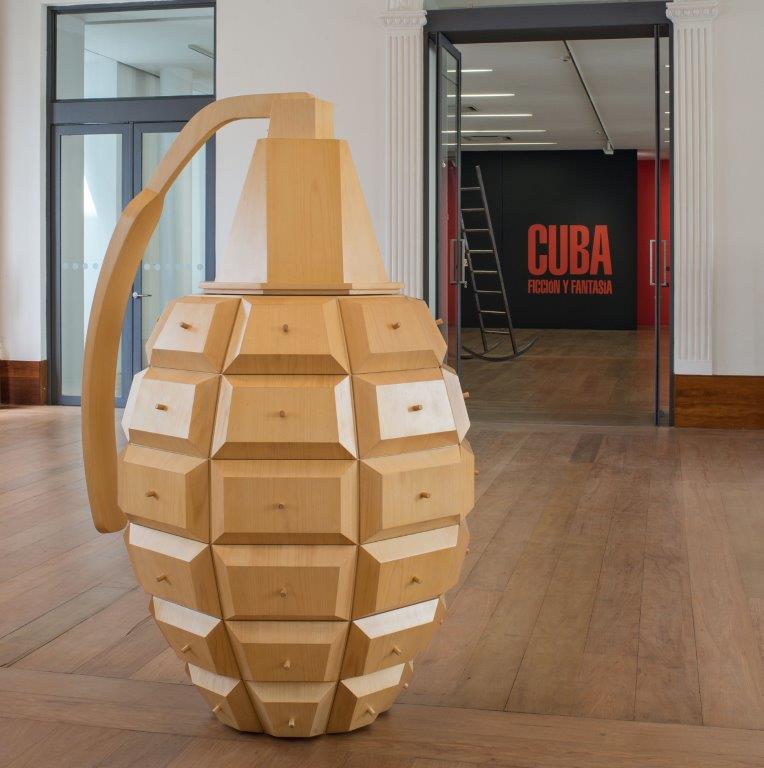 Few countries in Latin America can boast such a consistently thriving artistic and cultural landscape as Cuba. For Ficción y Fantasía, at Casa Daros in Rio de Janeiro, we selected 17 Cuban artists, most of whom live and work in La Habana.

The 119 works on display entered the Daros Latinamerica Collection over the past 15 years and were created over a period of more than 30, between1975 and 2008. For a selection like this to offer a comprehensive overview of artistic movements in Cuba is, of course, impossible; it does, however, provide an excellent insight into the most important facets of Cuban artistic output of the past decades.

The pivotal point of all artistic considerations and strategies remains the island, culture, and history of Cuba, with a strong focus on its peculiar government system, the blockade, and the precarious economic situation. From underlying critical distance to irony and sarcasm, the political and social analyses of Lázaro Saavedra, René Francisco, and Tonel are both absorbing and animating. Ivan Capote and Yoan Capote use the simplest of materials for their creations to reflect specifically Cuban – and often bizarre – conditions and contradictions. The drawings by Los Carpinteros of mostly non-realized projects are characterized by playful conceptualism. In the works by Manuel Piña and Juan Carlos Alom, the tension between longing and inevitability takes poetic effect, while the everyday videos by Javier Castro intelligently render what the average person on the street has to say. The radical performances of Ana Mendieta and Tania Bruguera deal with the condition of being a woman in a male-dominated society, while Marta María Pérez Bravo examines her role against the iconographic backdrop of the Santería, a syncretic Cuban religion. And finally there is the art of José Bedia, Belkis Ayón, and Santiago Rodríguez Olazábal, which reflects the ghostly, mysterious imagery of Afro-Cuban religions.