Antonio Dias. Anywhere Is My Land 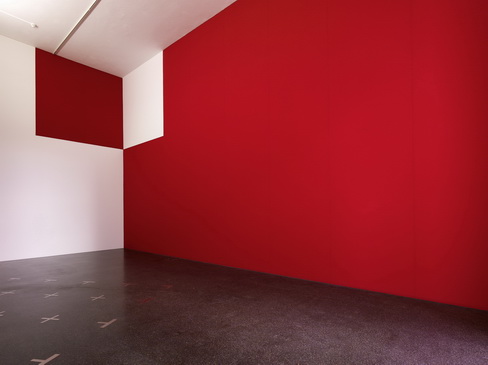 Anywhere Is My Land focused on two equally fascinating and decisive phases in the career of Brazilian artist Antonio Dias (*1944): the 1960s, characterized by his ironic social critique in the form of drawings and assemblages, and the 1970s, in which he created a multimedia conceptual oeuvre.

Dias’s works were created mainly in Europe, above all in Paris and Milan, where he resided during the military regime in Brazil. In this exhibition, we presented for the first time works from this key phase in his career – the career of an artist who, to this day, remains a voyager between worlds. The title of the exhibition, Anywhere Is My Land, was anything but coincidental; it recalled Dias’s 1968 painting of that name, a work that is as political as it is poetic and of greater relevance than ever in today’s nomadic and globalized world.